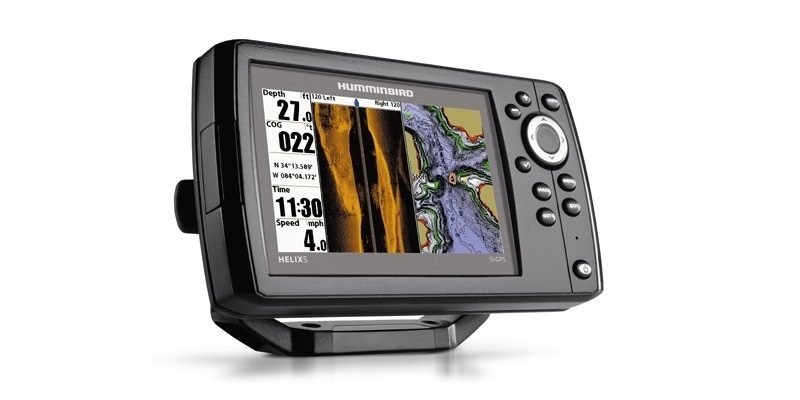 The original HELIX 5 has been replaced by the HELIX 5 G2.

In our Helix 5 review, you’ll see why this is a compact yet powerful unit that should be an intriguing option for first time Side and Down Imaging buyers who aren’t ready for, or simply don’t want one of the larger more complicate sonar units.

Key Features of the Helix 5 Series

There are several key things about the Helix 5 that anglers should take note of when comparing these fish finders to other units. The Helix 5 utilizes a 5” display in a landscape orientation to make the most of the GPS and Side/Down Imaging capabilities. Where the Side Imaging look scrunched up on a 600 series, it has the entire 5” wide screen on the Helix 5.

Video Demo of the Helix 5

The video below is an on the water demonstration of the Helix 5 SI GPS.  You can really see how bright and sharp the display is on these units, especially on the side and down imaging views. 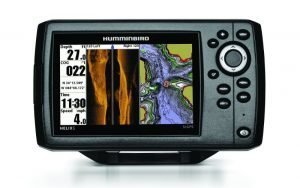 View at Amazon.com
View at Cabelas.com

The SI GPS model is the flagship unit of the Helix 5 series. This model has all of the high end imaging capabilities of the bigger units like GPS mapping, Side Imaging, Down Imaging, and DualBeam Plus 2D sonar.

The SI images really are fantastic for such an affordable fish finder. The unit comes with the Compact SI transducer, but for a minimal fee you can trade it in to Humminbird for the High Definition Transducer.

The Helix 5 SI GPS ships with the Compact SI transducer (XNT 9 SI 180 T), the same transducer as on the 899ci SI. The unit will support only 455kHz Side and Down Imaging. We can only assume the 800khz was left out for cost reasons at this point. 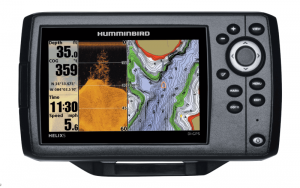 View at Amazon.com
View at Cabelas.com

The Helix 5 DI GPS is just like the SI version, but with only DI and 2D sonar capabilities.

The DI pictures really pop with detail on this new display.  If you like to fish structure like points, bars, and ledges, the down imaging is a super useful tool. You will see brush, rock, and fish with clarity that isn’t found on standard sonar signals.

The Down Imaging coverages are at the normal 16, 28, 45, and 75 degrees for narrow, medium, and wide coverage. Most people will be best served setting it to Medium or Wide. This compact powerhouse GPS/depth finder combo is perfect for kayak fishing. Also available in a DI only unit – Helix 5 DI 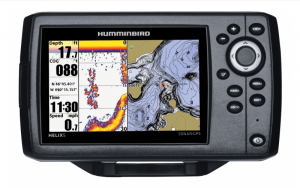 The Helix 5 Sonar GPS is a great sonar GPS combo option. The wide screen display will look great with a sonar/map split screen.

This unit is shipped with the standard XNT 9 20 T transducer, for 83 and 200kHz sonar frequencies.

The Helix 5 Sonar GPS is AutoChart capable right out of the box. You can start making your sonar recordings as soon as you hit the water, then convert them into your custom LakeMaster maps once you get the AutoChart software.

The Helix 5 Sonar GPS PT is exactly the same as the regular version, except it comes with the portable soft side nylon case and a 12V, 7 Amp-Hour, AGM battery, and a charger.

Bottom Line: The Helix 5 has proved to be an extremely popular series thanks to being the most affordable Side Imaging sonar on the market. Never before has the weekend angler had so many useful fishing tools at our disposal. It’s a great time to be a fisherman!

Helix 5 on Amazon
Helix 5 at Cabelas 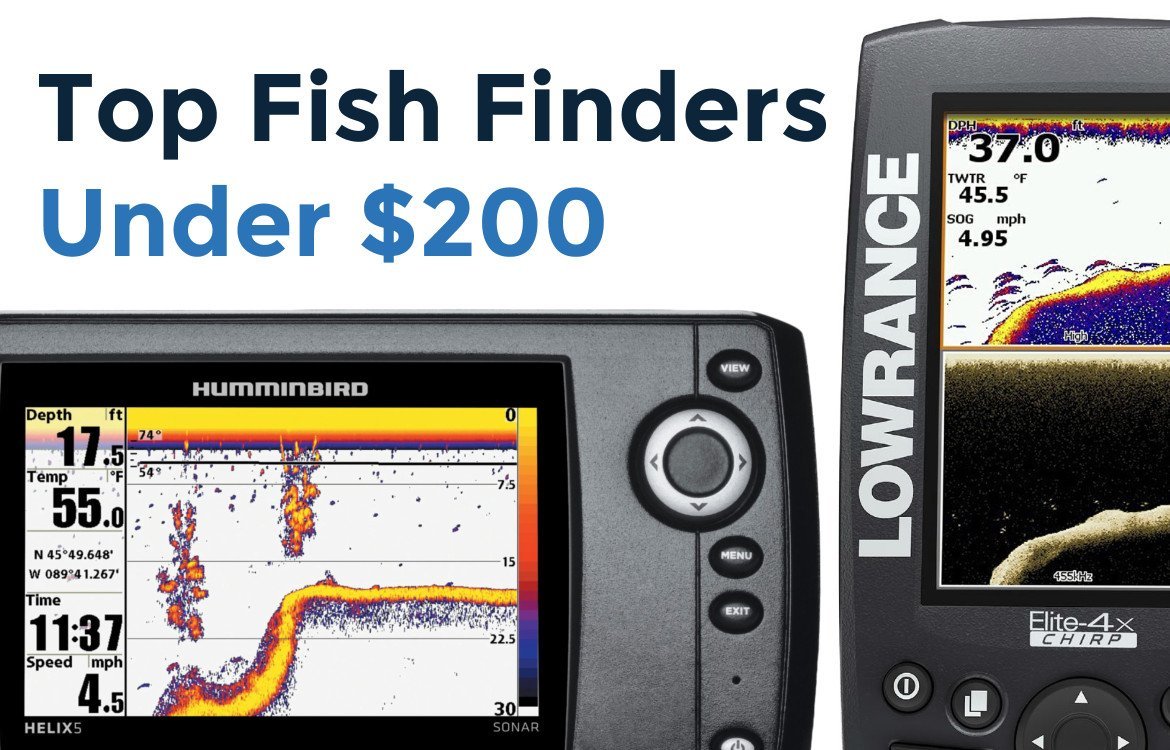