When Garmin released the original STRIKER series a year ago, there was some skepticism surrounding them. These were, and are still, stripped down versions of the Echomap series. Would anglers want a fish finder with advanced CHIRP sonar capabilities, but no maps or data storage?

Turns out, yes, STRIKER proved to be a good value proposition to anglers and was a popular series. This year, Garmin has made a significant transducer update, along with slick new color palettes for each model. So, we set out to see if the new STRIKER Vivid series is as good a deal as the original. 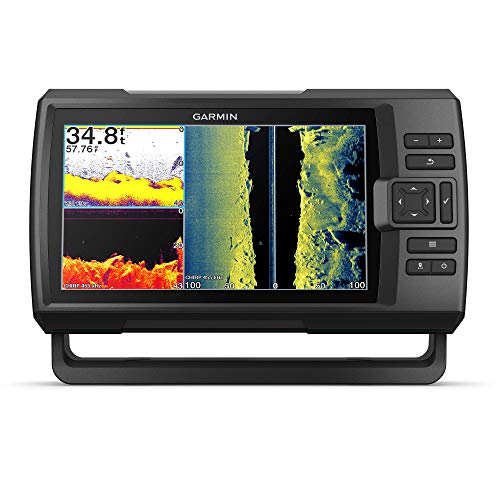 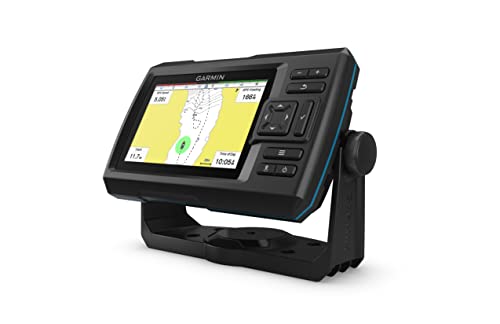 Upgraded Transducer – The Striker 9sv and 7sv models come with the GT52HW-TM that has side and down looking imaging elements for the best possible images. The cv models still include the GT20-TM transducer for regular CHIRP and ClearVu imaging.

New “Vivid” Color Palettes – Striker has always been a basic fishfinder series and never quite took full advantage of the 800×480 WVGA display. The Striker Vivid adds a handful of new color palettes that make the SideVu and ClearVu images really pop onscreen.

Overview – The Striker Vivid 9sv and 7sv are the best units in this series. Both have bright, easy viewing WVGA displays, with 800×480 resolution. With features like CHIRP sonar, SideVü, ClearVü they truly are feature-rich and price conscious locators.

The mounting brackets now feature a quick disconnect bail mount, where the cables are fixed in place on the bracket and the head unit can be removed in seconds. I really like that feature for traveling and storage, not having to mess with screws and locks.

Sonar – These two units have identical sonar capabilities to their big brother Echomap 93sv and 73sv. They pack out with the upgraded GT52HW-TM transducer with both transom and trolling motor mounting hardware.

Note: To get high speed 2D depth readings, you’ll need to buy a GT8HW-IH in hull transducer and Y-Cable.

GPS & Maps – The one glaring omission from the Striker Vivid is still the lack of onboard maps. There is no MicroSD for map chips, and there is nothing pre-loaded onto the unit.

You are limited to making your own contour maps with Quickdraw Contours. All things considered, that is a lot better than nothing. And besides, if you really need the maps, just step up to the Echomap UHD series. A Striker fish finder is a value unit after all.

Overview – Stepping down to the 7cv and 5cv, you lose SideVü, and get a weaker transducer. But, the big thing about these two is the price. Both the 7cv and 5cv retail MSRP comes in under five hundred. Crazy. 5 years ago that kind of price and screen size was unthinkable.

2D sonar is great for seeing the traditional fish arches we are all used to seeing, but with ClearVü imaging, structure comes alive. You can see what objects look like rather than ambiguous blobs. With a lot of seat time, both fish and bait become much easier to spot.

You will have to upgrade to the GT22HW-TM or GT23M-TM transducer to enable the 2D CHIRP.  HW means “High Wide” and M means “Middle”. The GT23M-TM also has a lower CHIRP ClearVü frequency range (260/455 kHz) for improved deep-water imaging.

If you like to run your fish finder on the bow, any of those transducers already have a trolling motor adapter bracket in the box for you.

GPS & Maps – The mapping situation is the same on the 5cv and 7cv. No maps on board, no MicroSD slot, it’s just you, your motor, and Quickdraw in charge of making lake maps. 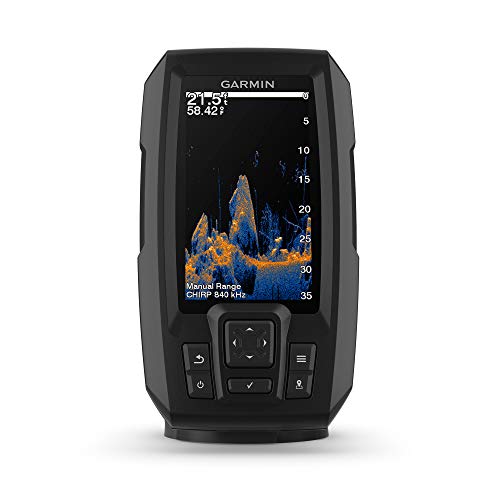 Now we have the smaller vertically oriented 4-inch model. Only the 4cv is offered now, with the 4 sonar unit being eliminated. This unit is great for use in kayak fishing, as well as a good portable option. Not much has changed on this year’s versions, and they are still good cheap fish finder choices.

The 4cv has CHIRP ClearVü and 77/200 kHz traditional sonar, whereas the 4 only has 2D sonar. the difference in price is about $40 (MSRP), so it seems a no-brainer to get the 4cv. If you are strict on your budget and can’t go over $200, this might be a good deal for you.

More Things Striker Vivid Can Do

Here are the most important new features of the Striker Plus series:

New 9″ SideVü Model – Anglers are always wanting bigger displays, so with the success of the prior releases, it’s no surprise Garmin would add a 9″ model. In the case of imaging sonar, bigger is most certainly better.

Wi-Fi Connectivity – Everyone knows how to use Wi-Fi on their smartphones, and the trend is towards adding wireless connectivity into fish finders. It makes syncing with apps and downloading software updates extremely simple. Just use the ActiveCaptain account and you’ll get updates pushed to your control head.

Quickdraw Contours – Garmin’s version of live sonar mapping continues to expand and improve. You can now store up to 2 million acres of 1-foot contour data on the Striker units. 2 million acres is a lot, more than anyone can map in a year no doubt.

ActiveCaptain App – Garmin is heavily promoting this new app as a way to get more out of your electronics. You sign up for an account, download the app to a smartphone, and pair the app to the control head. After that, the ActiveCaptain community opens up to you to share and download user contour data.

The Striker is a basic fishfinder series, so don’t expect too much in the way of extras. You’ll get the fish finder, transducer, cables, some hardware, and that’s about it.

Should you Buy a Garmin Striker Vivid?

The Striker Vivid is a great way to get a CHRIP Imaging Sonar fish finder at an affordable price. They would make a great additional fish finder for anglers already with a unit with maps.

Wi-Fi connectivity in a low-cost fish finder is a great development. Wi-Fi is widespread and accepted way of connecting to home and wireless networks, making updates and downloads easier than ever before.

The 9sv is one of the lowest-priced 9-inch fish finders on the market. I would not hesitate to make that my imaging unit if I already had another unit with mapping. It is essentially a cheap way of upgrading your sonar.

Live mapping has become very popular, and Quickdraw Contours is a great tool for anglers of all experience and skill levels. With the addition of the ActiveCaptain app, you can share, upload, and download Quickdraw map data to a Striker Vivid with just a few clicks on a smartphone.

The lack of pre-loaded maps is the biggest concern about the Striker Vivid. Certainly, you’ll save money by not having them, but it’s hard to imagine fishing without them. At least you have Quickdraw to build your own maps as you wish, and of course, download other user maps via ActiveCaptain.

No memory card slots for waypoint and data storage. The Striker Vivid has imaging sonar, so it is disappointing there does not appear to be any way to save screenshots to review and share later.

Bottom Line – The Striker Vivid is recommended as a secondary add-on fish finder. Unless you fish smaller waters where you can make a map yourself, it would be hard to rely on this as a primary depth finder.

To save some cash you could buy a Striker Vivid 9sv for primary SideVü and sonar display, and an Echomap UHD 93sv without a transducer for maps. You’d have a whopping 18″ of screen, on a side-by-side set up for less than the cost of other brand’s 10-inch models. 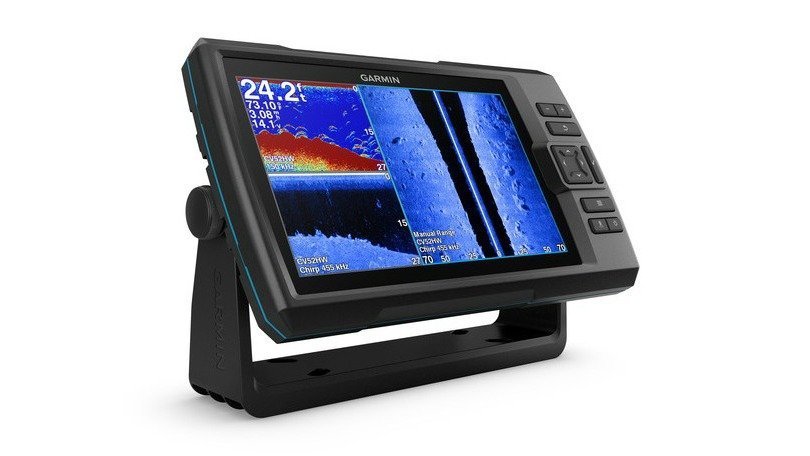